Regardless of gender, there are limits to how critically engaged you can be when you are doing work such as counterterrorism (US Marine Corp)
Published 6 Mar 2020 11:00   0 Comments       Follow @arcanakhalil

It’s often said you can’t be what you can’t see. Whether or not that’s true (hello … what about the pioneers in their field?), shining a light on the role of women in male-dominated professions has become mainstay of International Women’s Day. National security, counterterrorism, and the intelligence fields in particular all suffer from the perception that they are male-dominated.

When you think of operatives and spies, it’s usually the alpha-male image of James Bond or the quiet bureaucratic brilliance of George Smiley that comes to mind. If you conjure women and spycraft at all, it’s as accessories or caricatures – probably an image of a Bond girl or la Femme Nikita, who uses her femininity to lure enemies, or an unhinged and emotional “jihadi bride” suicide bomber. 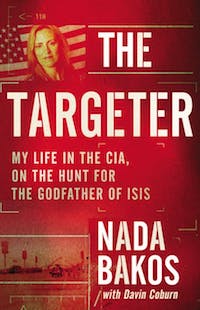 The first book, The Targeter, by Nada Bakos, is a personal memoir of a CIA analyst working on the counterterrorism mission. The second, A Woman’s Place: Counterterrorism Since 9/11, by terrorism expert Joana Cook, is a gendered analysis of the global war on terror, examining the evolving and oftentimes contradictory roles women have played in counterterrorism discourse and policy.

They are two very different reads, but taken together, their combined micro and macro perspectives reveal the prominence of women in counterterrorism and the many ways gender and national security interact. Cook provides a comprehensive overview of US counterterrorism policy since 9/11. Bakos offers us a personal account of a female intelligence officer situated within this broader context. Her account offers a more intimate perspective of how the “global war on terror” shaped the life and career of one woman, and how her experiences likely echoed that of many women working within the US national security structure.

In addition to relaying her own experiences, Bakos reminds us that it has been women who have been at the forefront of counterterrorism intelligence, even prior to 9/11. In fact, it was in the 1990s that a small group of intelligence analysts – most of whom were women – that made up Alec Station, the CIA unit responsible for tracking Osama bin laden and other senior al Qaeda figures. Women make up half of the workforce of the CIA, and this storied intelligence agency is now led by a woman, Gina Haspel, a veteran of the agency’s Counterterrorism Center.

While women have always been a key, though perhaps underappreciated, part of intelligence work, Bakos also describes how many women, despite their expertise, still experience imposter syndrome. But, like Bakos, these women have used their perceived lack of qualification and fear of failure to fuel their work. Bakos recounts how she traversed that most female of fields, Human Resources, to counterterrorism after 9/11 – an unlikely career trajectory, but one that made use of her transferable skills.

Bakos’ memoir also offers a useful corrective to the male portrayal, perpetuated by two fictional Jacks – Bauer and Ryan – of how intelligence actually works. Instead she describes how intelligence gathering and analysis is rarely one big 24­–style breakthrough, but a meticulous slog of piecing together incomplete and fragmentary information. Bakos’ account of the intelligence analysis behind terrorism targeting operations offers a more accurate though no less interesting depiction. Quoting Cindy Storer, one of the original members of Alec Station, Bakos describes how counterterrorism intelligence work is not so much connecting the dots but working a jigsaw puzzle:

Except there is no picture and there are no edge pieces. And not all the pieces fit the puzzle.

When so much of modern feminism has been about accepting and appropriating traditionally “male” ways and means and promoting women to do them, it is refreshing to have an account that acknowledges that it is traditionally “female” qualities such as attention to detail, understanding the intricacies of patterns and relationships, a heightened perception of risk to outmanoeuvre danger, and listening skills to discern motivations and vulnerabilities of others that are an alternative, more accurate, and (dare I say) more effective means of getting things done.

However, these books also reveal that being a female member of the species does not in and of itself make one more successful or more virtuous. The current CIA director is just as mired in controversy as her male counterparts over her role as head of the CIA black site in Thailand, where she oversaw the detention and torture of al Qaeda operatives such as Abu Zubaydah, and also took part in efforts to destroy evidence of that torture.

Haspel’s career, Bakos retelling of her own experiences, and Cook’s critical analysis of the global war on terror break down another trope of IWD discourse: That women are always agents of positive change, or that a feminist foreign or national security policy is necessarily better. Both accounts are not reductive or reflexively cheerleading for women. 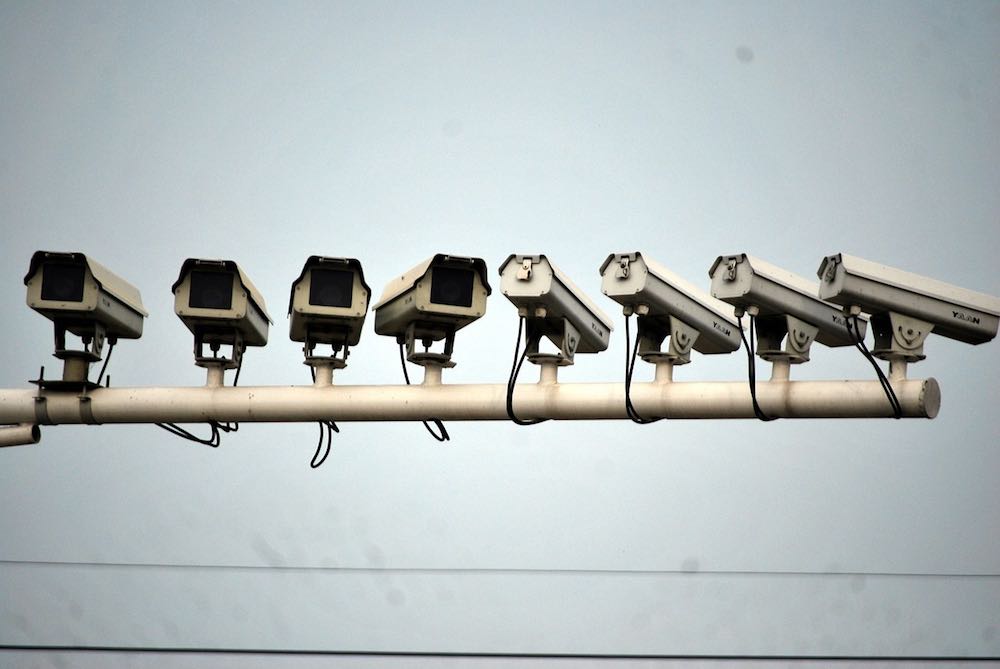 Bakos’ memoir is proof that regardless of gender, there are limits to how critically engaged you can be when you are doing work such as counterterrorism. When you are working in a war zone, no one is immune to its ambiguity, relativism, and mission-oriented focus that often clouds other considerations. Her book also includes its own ambivalent attitude towards “enhanced interrogation”.

Though Bakos grapples with the lack of strategy and the mission creep of the global war on terror, and laments how tactical success didn’t translate into lasting victory, she does not comprehensively engage with the global war on terror writ large. Cook’s analysis, on the other hand, does exactly that. She describes the problems with the formulation of the counterterrorism mission as a global, all-encompassing, and ill-defined war while also highlighting how women and gender were understood and operationalised in different aspects of the counterterrorism mission. 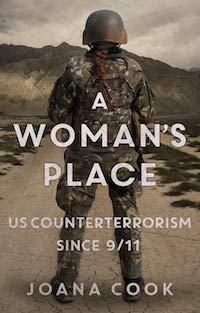 Cook’s analysis usefully summarises and incorporates theories of feminist security studies and an analysis of National Action Plans on Women, Peace, and Security, and how they have applied to counterterrorism and challenged traditional notions of security and war.

A Women’s Place highlights how gender considerations became more prominent over the course of the global war on terror, not only because there were more women counterterrorism practitioners but because, firstly, women became more of an operational threat as terrorists, insurgents, and supporters, and secondly, the promotion of the rights and status of women was increasingly emphasised in foreign policy and national security policy.

Cook astutely observes how the promotion of women’s rights were executed in US national security and foreign policy-making and how they were often conflated with counterterrorism success.

For example, she writes about how the promotion of women’s rights became one of the key arguments for maintaining a military presence in Afghanistan and a vehicle for countering terrorism and insurgency. One of the key criticisms of the just-agreed-upon US-Taliban peace agreement is that it will reverse the hard-won gains for women in Afghanistan – one of the only bright spots of the war effort in the country.

The discourse of “dangerous men” and “helpless women” stunted the ability to formulate appropriate and effective counterterrorism policies.

But Cook’s analysis also demonstrates how, as she puts it, “women’s rights and status in society had become a marker between the West and the Muslim world, and emerged as a prominent theme in the global counterterrorism strategy and its ideological battle.” While improving the status of women and promoting women’s rights was a worthy goal, the blanket perception of the inferior status of women in the Muslim world was inaccurate, problematic, and led to some counterterrorism policy mistakes.

It also highlighted how the promotion of women’s rights can generate contradictions in policy and practice. Even partially justifying counterterrorism missions and military occupations like Afghanistan through “saving women” and instrumentalising the status of women for counterterrorism goals fed the perception (and, some would argue, the reality) of American imperialism projected through the global war on terror, which then ironically fuelled insurgencies that set back counterterrorism efforts.

Cook also explores how women were slow to be perceived as security threats and how the discourse of “dangerous men” and “helpless women” stunted the ability to formulate appropriate and effective counterterrorism policies. It wasn’t until the San Bernardino attack in 2015 by a husband and wife team, an operation which by some accounts was led by the wife Tashfeen Malik, that female terrorism gained serious attention.

Both Bakos in her personal narrative and Cook in her more comprehensive overview highlight a defining feature of counterterrorism in the 9/11 era. While the global war on terror had many tactical successes, such as the death of key terrorist leaders which Bakos helped deliver, these tactical successes did not lead to lasting, decisive victories.

After devoting an entire account to her hunt for al-Qaeda in Iraq (AQI) leader Abu Musab al-Zarqawi, her book ends anticlimactically with his death in 2006. Bakos writes:

I spent years of my life trained on his next move … Yet the day after Zarqawi was killed, suicide bombers struck three separate locations in Baghdad … reprieve from AQI predations lasted a mere six days.

The world went on to see how an even more menacing terrorism threat, Islamic State, emerged in AQI’s place.

Cook, too, highlighted the lack of strategic vision and the tensions with how counterterrorism policies and programs were formulated and implemented across various agencies throughout her analysis.

But whether it’s Bakos’ anecdotal experience or Cook’s more comprehensive theory, both accounts demonstrate that putting a gender lens on the scope can offer broader perspective and more accurate insights.