On climate, geopolitics, recovering from pandemic, and more – it’s vital to engage youth populations across the region.

The populations of Pacific states are young and getting younger. A glance at the demographic breakdowns of countries such as Fiji and Solomon Islands provides an immediate and obvious demonstration, with greater than half of the total citizenry in each country aged below 35. Large child and youth demographics are repeated throughout most of the region. Child and youth populations in Pacific states are considerably higher than for countries such as Australia, Aotearoa/New Zealand and China.

It is clear from the size of their child and youth populations alone that the development of the human and social capital of Pacific youth will be vital to the success or otherwise of the social, economic and environmental development of their communities, countries and cultures. How they are engaged as active members of society and how their skills are developed must be vital considerations for Pacific governments. Surely, the fortunes of young people must also be considered in a political sense, given their large numbers mean they could be influential in deciding who is in government in future elections, such as the one due to take place in Fiji later this year.

Examples show the willingness of young people in the Pacific to be proactive, positive members of their societies and their ability to demonstrate leadership on key social issues.

The large youth populations of Pacific states should be a matter of interest to countries such as Australia, Aotearoa and China, too. As some of the largest providers of official development assistance in the most aid dependent region in the world, ensuring value for money when supporting sustainable development will clearly require engaging with young people and championing policies and programs that enhance their skills and potential. And this is before consideration is given to courting positive bilateral relationships amid growing geopolitical contestation in the region.

So what issues are challenging the development of young people in the Pacific and what headwinds do they face in achieving their individual and collective potential? 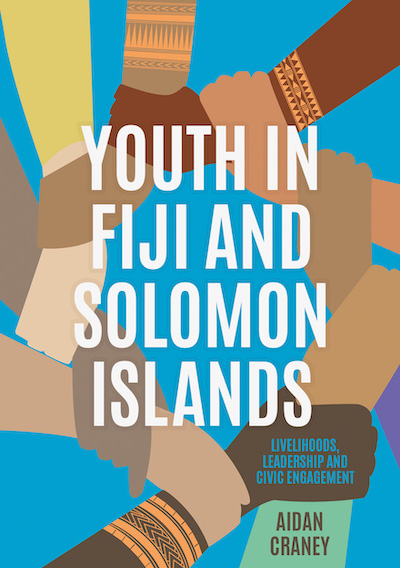 My recently published book, Youth in Fiji and Solomon Islands: Livelihoods, leadership and civic engagement, addresses some of these concerns through conversations with youth activists and advocates, as well as observations from a decade of work and research with youth in the Pacific. Three main challenges emerge: disconnection between the aims and outputs of formal education, dissuasion from engagement in critical thinking and civic engagement, and a general inertia to addressing youth issues through policy and programming based on evidence.

Despite the minimisation of young people’s active civic participation in Fiji and Solomon Islands, multiple examples exist of individuals and collectives forging space and demonstrating leadership in areas of social concern. These are most prominent in areas at the vanguard of social change where gatekeepers have yet to establish themselves and be able to effectively refute youth engagement. This includes promoting social justice and youth-focused issues in politics, as well as emerging as leaders of the climate justice movement.

Ahead of Fiji’s 2014 election – the first since to take place following the coup d’etat of 2006 – a small group of young Fijians created the “Be the Change” campaign to support independent candidate, Roshika Deo. Be the Change engaged print media and radio to discuss social justice topics that they felt were being overlooked or ignored – such as abortion, domestic violence and same-sex marriage – shaping the election’s narrative so that the major parties were also asked about these issues. Deo fell narrowly short of being elected, but her campaign demonstrated the ways that youth can utilise existing institutions and structures, such as the media, to influence civic discourse.

Similarly, influencing politics in the 2014 election of Solomon Islands was a group of young people lead by youth activist and representative, Harry Olikwailafa. Utilising the custom in Solomon Islands politics where the large numbers of independents are wooed by camps that emerge to create coalition governments, the group created a youth policy briefing paper that Olikwailafa shared individually with 39 of the 50 elected parliamentarians. These young people not only saw a gap where positive youth policy and programming could be influenced but engaged with established norms to push their position.

Meanwhile in the climate justice space, 350 Pacific has become a global player through its Pacific Climate Warriors. Although not exclusively made up of youth, the majority of its members from across the region are aged under 35. Their then-communications coordinator, now head of regions, Fenton Lutunatabua explained to me how the Warriors used online communication strategies to build a coalition of emerging civil society leaders from across the region to amplify the voices of young people in climate discourse locally, regionally and internationally.

What these examples show is the willingness of young people in the Pacific to be proactive, positive members of their societies and their ability to demonstrate leadership on key social issues.

As is natural when focusing on an age demographic, the examples presented above are already becoming dated. But a new batch of leaders is emerging. In Solomon Islands this includes Obama Foundation Scholar, Millicent Barty, who draws on traditional storytelling techniques in her work as an entrepreneur, and in Fiji, Ernest Gibson, a climate activist and member of the Earthshot Prize Council. Like the other examples discussed, the leadership of both Barty and Gibson is supported by personal and professional networks – leadership in the Pacific is rarely, if ever, individual.

The people and countries of the Pacific face local and global challenges – including but not limited to the climate crisis, increasing geopolitical contestation, and recovering from the Covid-19 pandemic. Key to addressing any of these concerns in a long-term, sustainable manner will require policies and programming that develops human and social capital around their young people.

The extent to which the youth of the region are included in addressing these issues and designing new forms of engagement for future generations remains to be seen. But the examples discussed here demonstrate that young people in Oceania are not just waiting to be called on as leaders of tomorrow, instead they’re agitating to be partners for today.

The Lowy Institute is part of the