The legacy of a complex nuclear history weighs heavily on a country torn between deterrence and disarmament. 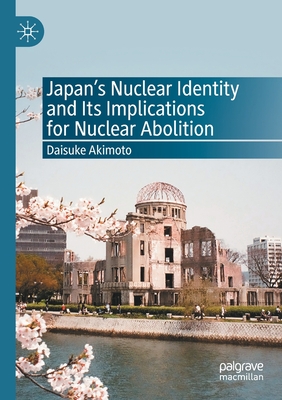 It has been rare in recent years for the anniversary of the atomic bombings in Japan to pass without controversy, invariably concerning remarks made by the prime minister. This year was no different. Suga Yoshihide caused quite a stir last month when he omitted a pledge to “strive towards a world without nuclear weapons” from his 6 August address in Hiroshima, noting only the “gaps between each country on how to advance nuclear disarmament”.

Akimoto Daisuke’s Japan’s Nuclear Identity and its Implications for Nuclear Abolition is a valuable exploration of the tension that lurks behind such political gaffes: namely, the inherent contradictions between Japan’s painful nuclear history, its commitment to global disarmament, and its reliance on US extended nuclear deterrence to ensure its national security. The author uses four nuclear identity categories – “bombed state”, “disarmament state”, “threatened state” and “umbrella state” – to explain the seemingly contradictory policy positions adopted by the Japanese government over time. However, rather than an explanation of the internal processes by which these various nuclear identities are formed, Akimoto’s analysis reads largely as a critique of Japan’s support for nuclear deterrence and nuclear power, despite the “latent violence” lurking within those policy positions and the country’s experiences with nuclear destruction.

Yet however true these criticisms may be, the book’s main findings ultimately serve to highlight the limits of Japan’s agency in assuming or disposing of these identities, let alone affecting real-world policy change.

Akimoto correctly observes that it is only Japan’s “nuclear-bombed” identity which is fundamentally intractable – history, after all, cannot be undone. Yet arguably the most important — if perhaps understated — finding from Japan’s Nuclear Identity is that Tokyo’s prevailing attitudes towards nuclear weapons are inextricably tied to the actions of other states, particularly those with nuclear weapons, and especially the United States. An examination of Japan as a “nuclear umbrella state” shows how dependent this identity has been on American nuclear strategy vis-á-vis China, North Korea and the Soviet Union. Japan’s identity as a “nuclear threatened state” is equally a product of others, namely North Korea (strangely, China and Russia receive little attention). Even Japan’s baseline "nuclear bombed” identity stems from actions taken against it by another state, while Akimoto points out that the salience of this identity going forward will depend on reconciliation with neighbouring countries often unsympathetic to Japan’s experiences with “the bomb”.

While Akimoto does not necessarily capture the limitations of Japan’s agency in one neat analytical point, recognising those constraints has important implications for Japan’s future nuclear diplomacy, let alone nuclear abolition. This is particularly true in the current context of deteriorating relations between China and the United States. US officials are increasingly concerned with the growth of China’s nuclear arsenal, while Beijing has refused to entertain either bilateral or trilateral arms control negotiations without a significant reduction in the nuclear arsenals of the United States and Russia.

Japan is not entirely without agency in these matters. Akimoto discusses a number of instances where Japan has played a notable role in disarmament diplomacy, while Tokyo also played a notable role in concluding the 1987 Intermediate-Range Nuclear Forces Treaty. Indeed, one could plausibly add nuclear “threshold” (and perhaps “commons”) state to Akimoto’s tally of Japanese nuclear identities to further underscore the country’s agency in nuclear matters. But in the current climate, Japan is largely a bystander to nuclear arms control and reduction, even if it has a considerable stake in the outcomes of these negotiations. Unilateral disarmament efforts, whether in word or deed, are unlikely to alter that reality in the absence of reciprocal measures from Japan’s neighbours, actions which appear highly improbable.

If Japan’s agency in forming and performing its various nuclear identities is constrained by the actions or inactions of other states, then it is perhaps unsurprising that Japan’s Nuclear Identity closes with what essentially amounts to a plea for Tokyo to reclaim that agency in pursuing global nuclear disarmament. Akimoto proposes that Japan adopt a three-pronged approach to disarmament diplomacy: pursuing a Nuclear Weapon-Free Zone in Northeast Asia; achieving denuclearisation on the Korean Peninsula; and renouncing US extended nuclear deterrence guarantees. The author acknowledges that his propositions represent only “a highly hypothetical and theoretical scenario”, but insists that it is “not an unattainable alternative” to living under the fear of nuclear destruction.

Many of the situations in which nuclear weapons might be used in Asia are ones in which Japan would realistically have only marginal influence.

But the limitations of Japan’s nuclear agency undercut Akimoto’s conclusions. Prospects for successful disarmament diplomacy will depend on more than just Japan’s willingness to pursue good-faith dialogue – the agency and identities of other states will be equally important, if not more so than those of Japan. For example, prospects for denuclearising North Korea appear particularly dim given Pyongyang’s quest for recognition as a “nuclear armed state” and the enshrinement of nuclear statehood within its constitution.

Indeed, Akimoto’s contention that it would be possible for Japan to “leave” the US nuclear umbrella if nuclear threats to its national survival disappear, also seems to understate regional security dynamics and the nature of the threat facing Japan. The sheer number of Chinese and North Korean conventional weapons in existence would cause many to argue that Japan would continue to benefit from US extended deterrence even in the absence of resident nuclear powers in Northeast Asia. And irrespective of US security guarantees, many of the situations in which nuclear weapons might be used in Asia are ones in which Japan would realistically have only marginal influence, with catastrophic consequences for Tokyo even if it were not targeted directly.

This is by no means to suggest that Japan should pursue its own nuclear deterrent – though some would argue that doing so would, quite paradoxically, give Tokyo much greater leverage in prosecuting a disarmament agenda. Nor is it to suggest that Japan should discontinue its disarmament diplomacy altogether. Rather, recognising the limits of Japan’s agency means realising that its competing nuclear identities are factors to be managed, rather than conflicts to be resolved.

Arms control is not just about arms