Shortages are returning to a continent with literal red flags to show the virus is compounding poverty.

It was a cry for help, the word “hambre” (hunger) projected against the Torre Telefónica building in downtown Santiago, Chile’s capital. It abruptly woke up a city that has been under total quarantine since mid-May. “We are locked up and we are starving,” said José Morales, a resident of El Bosque, an impoverished shanty town south of the Chilean capital.

The light projection against the 1990’s mobile phone shaped telecommunications building – an icon of the now crumbling Chilean neoliberal economic model – happened just a few hours after a violent clash on 18 May between the police and dozens of El Bosque residents. “Those who are not dying of the corona are dying of hunger,” Morales told me on the phone. “Yes sir, hunger is back in Chile.”

With almost 640,000 cases and more than 35,000 deaths, Latin America has become the new focus of the coronavirus crisis. The pandemic has landed in a region where 30% of its 629 million inhabitants can be classed as poor, and about 10% live in what can be regarded as misery. In its sprawling and impoverished slums – where around 117 million poor live – a new pandemic is breeding, hunger.

In Brazil, with the second-highest number of cases of coronavirus in the world, hunger is ferociously biting. It seems to be a long time since 2003–14, when the country under the Workers’ Party managed to pull 29 million out of poverty. That was a time when Brazil, the largest economy of Latin America, came off the UN map of hunger.

The Brazilian impoverished favelas, home to 13 million, are not only agonizing about the lack of food but also about the lack of clean water – so fundamental to fighting the virus. For Rodrigo Afonso, executive director of the NGO Ação da Cidadania (Citizen Action), “tens of millions of Brazilians are in a situation of food insecurity”.

According to the World Bank, this year Brazil’s economy will contract by 5%. This is bad news for a quarter of the Brazilian population – some 50 million – who live in poverty and under the shadow of hunger. “Where there is hunger there is no hope,” once said former Brazilian president Luiz “Lula” da Silva. In Brazil – led by health hazardous president, Jair Bolsonaro – hope is in short supply. 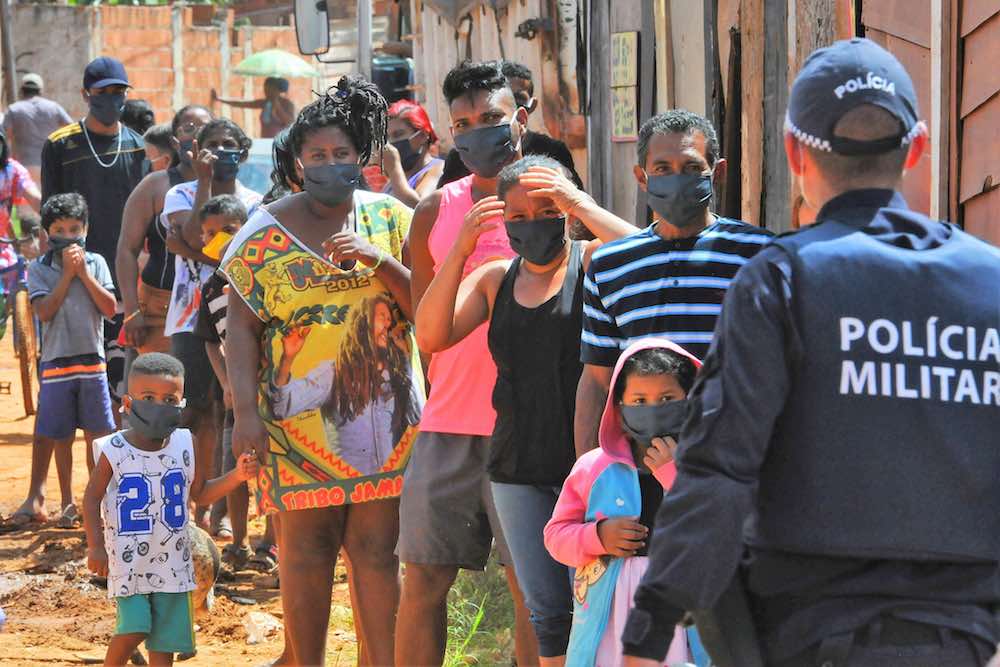 Globally, due to the coronavirus pandemic’s economic crisis, the number of people suffering from acute hunger could double to 265 million this year, according to the UN World Food Program. In Latin America and the Caribbean hunger today affects 42.5 million people.

According to Economic Commission for Latin America and the Caribbean, CEPAL, this year Latin American will experience its biggest economic contraction in history. During 2020 the CEPAL expects that poverty would increase by 4.4 percentage points from 30.3 to 34.7% – this means 29 new million poor. Between poverty and hunger there is a terrifying slippery slope.

All across Latin America hunger is rapidly becoming a powerful detonator of anger – looting, unrest, violence and banging empty pots are on the rise.

Argentina is the second largest economy in Latin America. According to the National Institute of Statistic and Census of Argentina (INDEC, in Spanish) 35.5% of its population of approximately 45 million live in poverty. The government has reported that 11 million are now relying on food assistance – this is a substantial increase from 8 million pre-pandemic. The one-off $10,000 Argentinean pesos – approximately US$ 163.42 – that the government distributed last April among the poorest families was not enough to guarantee food.

After Brazil and Mexico, Colombia, with approximately 48 million, is the third most populated Latin American country. In Colombia hunger has a colour – red. Since April when the quarantine started, red rags such as tea towels, t-shirts and even underwear have waved from impoverished Colombian homes signalling the lack of enough food as a call for help.

The red rag symbol has spread rapidly in several shanty towns of the country – where approximately 6.2 million live.

The first red rags began appearing in Soacha – a sprawling slum city in Bogota where one million people live or rather try to survive. Soacha is also one of the largest concentrations of people displaced from the five decades of civil war. Thousands of Venezuelans live there too – refugees from Venezuela’s atrocious economic crisis. “I am not as concerned with the coronavirus as I am with hunger in this city,” warned Soacha’s mayor Juan Carlos Saldarriaga in March. “If we do not turn on all the alarms and international cooperation, we will have more deaths from hunger than from coronaviruses.” 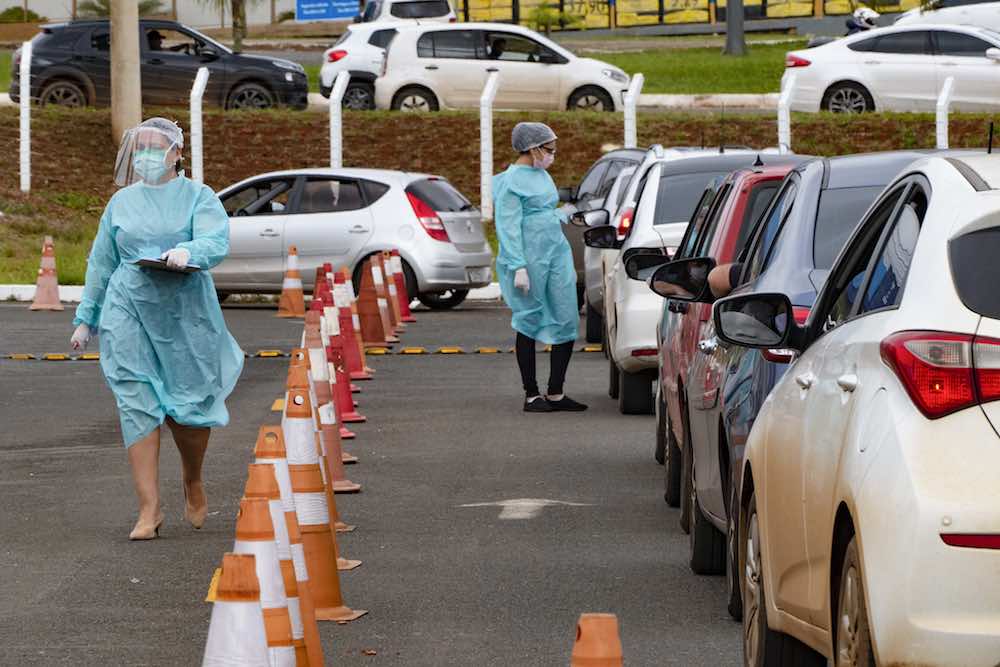 Latin American food security has worsened in the last few years, according to a report from the UN Food and Agriculture Organization, FAO. According to this organisation, a third of the population of Latin America and the Caribbean already live in a precarious state of “food insecurity.” And the coronavirus, the report said, will exacerbate the problem. “In Latin America, hunger is just around the corner,” Julio Berdegue, the Latin American representative of FAO told the Chilean newspaper El Mercurio. “It is essential to keep the food system alive so that the health crisis does not turn into a food crisis,” he said.

Perhaps it is already too late – hunger is back, as the resident of Santiago’s El Bosque shanty town told me over the phone. All across Latin America hunger is rapidly becoming a powerful detonator of anger – looting, unrest, violence and banging empty pots are on the rise. And authorities are resorting to the usual measures, police and military repression, false fixes and shallow promises. In the era of the coronavirus, right now, Latin America is gliding into its darkest days yet.